A Scientist's Inside View on the Floyd Landis Case 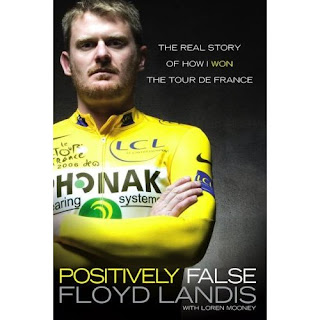 I just returned from a very interesting seminar on the Floyd Landis case: "The Floyd Landis Sports Doping Case as Evaluated by a ForensicAnalytical Chemist." The speaker was Robert D. Blackledge, a retired chemist from the Naval Criminal Investigative Service Regional Forensic Lab (San Diego). Thought I would share the main points since it gives the unique perspective of this case from a scientist's point of view.

I admit, I've remained pretty ignorant on the case. I heard the main points--that after his amazing comeback on Stage 17, his urine came up positive for testosterone. That kind of statement by the media is pretty incriminating. But after a closer look at how the Laboratoire National de Dépistage du Dopage (LNDD) butchered SOP (standard of operating procedures), I wonder how any rational person can use the results from those tests as evidence. Especially when someone's entire career is on the line.

Some of the data from the tests done by the LNDD was shown at the seminar.

1. Several pages were mislabeled, had areas that had been erased, whited-out, written over, or were illegible.
GLP (good laboratory practice) prohibits erasure or white-out of any kind. A line must be drawn through the error and initialed.
The sample # varied from page to page. It did not always match the # assigned to Landis' urine. Could this have been the sample from another rider? There's no way to tell. Right there, as a scientist, I would throw out a sample that had been mislabeled.

2. The GC/MS (gas chromatography/mass spec) data had a high amount of background. This was the preliminary test done to sample A to estimate the ratio of testosterone to epitestosterone. Because the levels of epitestosterone stay relatively stable from person to person, while someone who has doped will have higher levels of testosterone, the ratio can be used to normalize the level of testosterone. If the ratio is higher than 3:1 (normal is 1:1), doping is suspected and more rigorous tests are done. Basically, the sample was probably no good. There was a ton of background and the epitestosterone peak used to normalize was very short and broad. It also was among many of the background peaks. Therefore, potential for error in calculating the area under the curve was huge. This would have made a huge difference in the final outcome. The sample should have been re-tested, or a new one collected. The data was simply poor and not good for drawing any conclusions from.

3. Okay, you say. So we go to sample B and do the gold-standard test--the carbon isotope ratio (CIR) test (ideally, it would have been done by a different lab to avoid conflict of interest, but that's a different matter). Because synthetic testosterone has a different fingerprint than endogenously synthesized testosterone, if someone has been doping, abnormal amounts of synthetic testosterone can be identified by this test. The LNDD measured 4 metabolites of testosterone, and only 1 of these metabolites was higher than the limit (greater than 3.85). The World Anti-Doping Agency (WADA) stipulates that at least 2 of these metabolites must be over the limit for a positive result. Based on this criteria, these results would be negative. There is just not enough evidence here to support a positive result. It's inconclusive.

End of story. Whether or not he actually doped (and apparently, his total testosterone levels are below normal anyway, which means he wouldn't have even gained a benefit) is a moot point because the data is too poor to draw any conclusions from. The evidence should be thrown out and the charges dropped. Innocent until proven guilty, right?

Beyond the sloppy handling in Floyd's case, I'm amazed that the pros continue to race under conditions where such practices are accepted and relied upon to incriminate their fellow riders.

I'd love to see the peloton take a stop, sit on the road and extend their finger to WADA, then make sure the UCI gets WADA to clean up their act. It's pretty obvious from the "evidence" that WADA is just as dirty as some of the riders.

Seriously that lab should be shut down for incompetence.

Inocent until proven guilty...unless you are an American winning a French race for the 8th year in a row and you hate Americans...in which case it is guilty until we can prove you guilty or until we throw enough mud at him that he loses his team and all the endorsements that he would have gotten if he hadn't been accused.

Floyd should sue the lab and those technicians for the millions he lost because of them.

Innocent or gulity only Floyd would actually know...It's hard to say but his career is trashed forever, sad to see all the work go down the drain.

Congrats on an excellent race at Camp P- way to push it and a PR to boot!