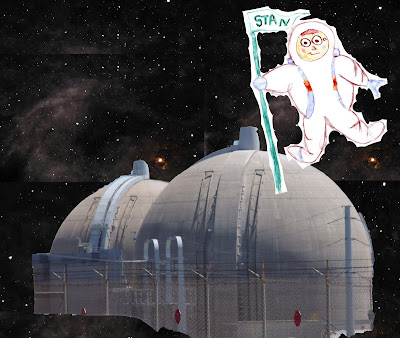 One small step for Stan...one giant leap for mankind.
Posted by Rachel at 5:34 PM 2 comments: 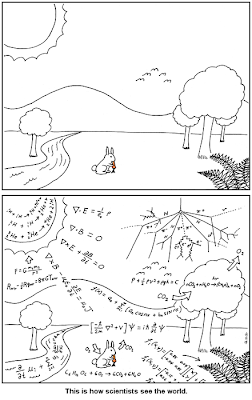 Yes, it's been awhile. Everything is fine. I've just been resting. After Ironman Utah, I had planned on vegetating for awhile. Or "burbling", as I've just discovered my African dwarf frogs do when they nap in the water and hang motionless (no, they're not dead). A deep fatigue took over shortly after.

Six weeks later, I've had plenty of time for introspection. First, I had to address my chronic fatigue that re-emerged. True, an Ironman makes you tired but not that tired. I was sleeping 16-18 hours a day. I barely had enough energy to shower and dress. It was ridiculous. I can't spend all day in bed. I have things to do! Four weeks after the Ironman, I'd had enough. My symptoms seemed vaguely familiar. After some reflection, I realized there was some truth to my deja vu. See: http://amateurtrigirl.blogspot.com/2006/08/fighting-fatigue-i-think-im-winning.html. Ah, the ole' low thyroid rearing it's ugly head again. After some blood work and a few trips to the doctor, I've had my thyroid medication tweaked and it's like magic (magic beans? the magic feather Dumbo had? real magic? JK). I'm starting to feel like myself again.

Secondly, I've been trying to focus on my career. My postdoc is coming to an end, and I'm actively searching for a job as a medical writer in biotech in San Diego. It's taken me a long time to be able to actualize that statement, put it into words, and seriously and passionately desire that goal. Now, it's time for it to come to fruition. After failing to get hired for my dream job but making it down the final 4 after a month of 3 phone interviews, a writing test, and an on-site interview that lasted all day with 6 different people, I was, to put it mildly, heartbroken when I didn't get a job I had been praying for. I'm taking a course in the fall at UCSD extension, revamping my resume, applying for jobs, and banging on doors. I don't know how many brick walls I have to beat my head on to be able to have my career dreams come true but every time I get knocked down, I pick myself up, brush myself off, and try again. Thank you, Ironman, for giving me the gift of undying perserverance. In this economy, I need it.

Finally, after 3 years of doing an Ironman a year, I need a little break. I'm experiencing a bit of triathlon burnout. I've been pushing myself to improve at longer and longer distances for the past 6 years. However, I never really stopped to smell the roses along the way. I miss the days of group workouts, track runs, and sprint triathlons. I can't tell you how many fun club workouts I skipped because they weren't "long enough" or "race specific". I realize that I need to reestablish balance in my life to prevent Ironman from taking over. It's fun for a little awhile but year-in and year-out, it can be all-consuming. Ironman training, quite simply, takes over your life. I miss going to movies, traveling, reading, and sleeping in. I want to do new things like learn to play the guitar, go camping and hiking, learn to surf, and volunteer at the local animal shelter. I need to make room for exploration, socializing, and friends and family.

I've been doing lots of fun things I've missed out on these past couple of years. Jigsaw puzzles, reading, painting, writing, playing with the dogs (Floyd and Travis), Babs the bunny, and starting up a saltwater reef aquarium. I've acquired some new members to my family as well: Oliver and Linus the rats, Hansel & Gretel the goldfish (and Ginger the snail), Darryl and Dory the African Dwarf frogs (or the "Double D's" for short), and Simon the siamese fighting fish (he had 2 snails, "Cecilia" and "Mrs. Robinson" but their mysterious deaths makes him a prime suspect).

For the next several weeks, my friends from Australia, Paul and Deanne, are visiting as Paul (a pro triathlete) travels around the US for races. It's been wonderful having more friends to play with. In addition, I'm using them as an excuse to fall back into workouts again as I introduce them to the club and the area. I feel like they've lit my fire. I've found my mojo! On Friday, we swam in the Cove. I literally ran down the stairs into the water; I was so excited. On Saturday, I faked my way through a hilly 40-mile ride, which totally kicked my ass but was super fun. It's time to get the ole' body back in motion! What's next? Time to sign up for some sprints!
Posted by Rachel at 3:48 PM 8 comments: