It's now been about 6 weeks since I've started working out consistently again. I have good days and bad days, good stretches and bad ones. But overall, I've been gaining strength and fitness. According to Strava (where I've been logging my workouts), I've worked out 35 times since the beginning of June. I've only lost 4 pounds (I would like to lose about 20), and I still feel slow as molasses but there  are other positives I'm focusing on.

Here are some positives I've noticed after 6 weeks of consistent work outs:
1. My mood is better when I workout, and I have more energy.
Sometimes, reflecting on this helps get me out the door. When I have the choice between moping on the couch all day and just going for a run and feeling better for myself, I will often choose the latter. I HATE when I take rest days because they often turn into 3 or 4. Lately, I've been trying to workout EVERY day, even if it means weights or an easy swim or ride. Being on summer break, there are just no excuses. I have the energy, and my body always feels better afterwards.

2. The workouts are getting easier and more enjoyable.
When I first started, it was a slog. Especially running, which was unfortunate, because that's my go-to favorite. Now, I'm finding my rhythm again where the miles float by unnoticed and I just zen out. It wasn't like that at the beginning. I had to push through. Running fitness is always the first to go and the hardest to get back. I still have a ways to go but I'm now looking forward to my runs and running a bit farther each week. I can't wait to hit the trails again.

3. I have more strength and muscle.
I've been hitting the weights 2-3 times a week, and it makes a huge difference. I can climb more on the bike, and swim faster in the bay. I don't get tired as easily. It's been a bit frustrating as far as weight loss goes since muscle weighs more than fat, but my clothes are fitting better, and I feel better when I look in the mirror.

4. I've been eating better.
When I know I have a workout coming up, I plan ahead. I have to fuel myself properly. I end up naturally avoiding junk food more and going for whole grains and fruit more. I also have been splitting up my meals into smaller portions and then eating more frequently throughout the day. I've also noticed my cravings for junk food have gotten less. I would like to cut back on drinking wine since we've been having about 2 glasses/night. It really adds up.

So, overall, even though I wish I had lost more weight, I'm on the right track. I'm feeling positive and motivated. During these next 6 weeks, I'd like to begin running on trails again and building up the mileage a bit. I would also like to increase my climbing strength on the bike. I used to be able to bike up to Skyline, down to Half Moon Bay and back. I think I can get back there these next 6 weeks. 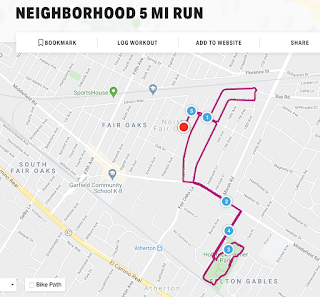 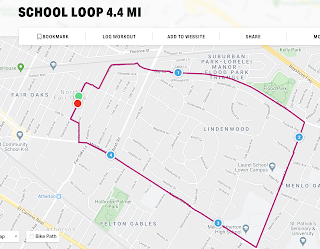 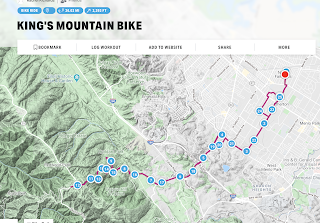